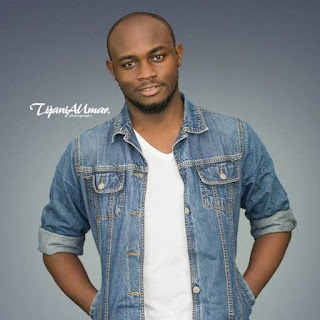 Having a career in broadcasting is paying off for so many people, as they get to pay their bills comfortably, meet great personalities, get famous and perhaps, sign autographs in 'danfos'...Harry Itie happens to be one of those young broadcast journalist who has continued to strive and be at his best while carrying out his daily work. Harry is an entertainment correspondent with the highly rated Television Continental in Lagos and has been privileged to interview some of the best talents in music, drama and fashion across the continent.

This graduate of Covenant University, Ota has been selected as a co-host at the Miss Ideal Nigeria pageant 2015 which is tagged 'Belle of the Ball'...Harry will be joined by Award winning style star, Adetoke Oluwo and London based Promise Ojiegbe. In a recent chat with him, He described this opportunity as something new and hopes it will be a learning process for him. He also describes it as exciting...Harry also says that our events are getting better but time is still a major issue for organizers.

As regards his career, Harry says a major challenge is trying to explore  new grounds. He makes it a duty to watch a lot of shows hosted by Journalists, as they serve as a motivation and inspires him to do more. He says working with TVC has been and would continue to be a rewarding experience..He added that he has grown tremendously, discovered his passion, strength and weakness..

Harry is passionate about his craft and he hopes that someday, his life would count for something..Harry has lots of goals but for now. he is enjoying this phase of his journey and excited to see where it will take him. Harry loves to hangout with friends when he is not working, watch movies and eat...This is one of the many young individuals in the broadcast industry who have carved a niche in any area of journalism.
Posted by gisturbia at 11:00